Working collaboratively, the Eastern Upper Peninsula will implement the prevention, treatment and recovery services necessary to reduce harm and heal the persons, families and communities impacted by substance use disorders/opioid use disorders.

SAVE THE DATE! DRUG TAKE BACK DAY EVENTS

Fentanyl in the EUP

Fentanyl is a potent opioid that is 80 to 100 times stronger than morphine and 50 times stronger than heroin. Common side effects of fentanyl use include pain relief, respiratory depression, drowsiness, and pupillary constriction (pinpoint pupils). Fentanyl has been detected in samples of many substances in the Upper Peninsula, including heroin (an opiate) and methamphetamine (a stimulant).

The increased detection of fentanyl in heroin is unsurprising due to its ease of portability. The photo below, from the New Hampshire State Police Forensic Lab, shows that a lethal dose of fentanyl is much smaller than that of heroin, which makes trafficking fentanyl more lucrative. A fentanyl manufacturer or dealer is also less likely to be caught due to the smaller volume.

Finding fentanyl in the local meth market is a disturbing trend because, unlike fentanyl, meth is a stimulant. The common side effects of stimulant use include increased heart rate, hyperactivity, paranoia, itchy skin, and dilated pupils. Many of the side effects of stimulant drug use are the opposite of those that can be experienced with opiate use. When stimulants and opiates are combined, any number of negative and unexpected health consequences can arise.

Adding fentanyl to methamphetamine creates another set of concerns. Not only is an individual dependent on meth, but they are also (often unknowingly) addicted to opiates. This means that the individual’s body craves both the stimulant and the opiate, creating many additional risks.

Here at LMAS Harm Reduction, we ensure that all program participants are given naloxone, the nasal spray that reverses opioid overdoses. Naloxone is given to all participants, regardless of acknowledged opioid use, since it has become so common for meth to be laced with fentanyl. Additionally, we give participants fentanyl test strips as pictured below. Fentanyl test strips detect whether fentanyl is included in any substance that may be used.

One of the main objectives of harm reduction is to give people resources to stay alive and disease free. Fentanyl test strips are just one harm reduction tool that keeps people alive and shows that we care about our participants’ health and wellbeing.

Michigan Opioid Collaborative offers to providers interested in or currently treating patients with opioid and other substance use disorders, including those with Hepatitis C. When our program first started, we were focused on outreach to providers to support them in delivering Medications for Opioid Use Disorder. Since then, we have expanded our services considerably. Below is a breakdown of the services we offer: 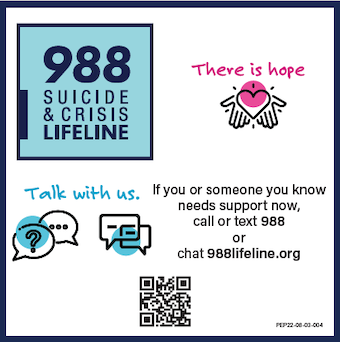 These shareables were designed for use as social media posts, stories and threads. You can use the full videos as individual interactives on the social media platforms, or you can use the mix and match videos together to create your own versions that make sense for your audiences.

As part of their Rebuilding HOPE expansion project, Great Lakes Recovery Centers is opening a recovery house for women in Sault Ste. Marie, “Anne’s House,” named in memory of a former GLRC employee. Anne’s House will provide a safe and supportive environment for women taking the next step in their recovery journeys.  Residents will have the option to bring their children (up to age 11) to Anne’s to live with them. Recovery Housing requires residents to engage in outpatient and case management services, attend at least four self-help group meetings weekly, and follow other house rules. GLRC anticipates a late July/early August opening.

Applications are currently being accepted and can be found at https://www.greatlakesrecovery.org/recoveryhousing/

The Eastern Upper Peninsula Opioid Response Consortium (EUP-ORC) is a 22-member  Consortium dedicated to working collaboratively to implement the prevention, treatment and recovery services necessary to reduce harm and heal people, families and communities impacted by substance use disorders and opioid use disorders in the 5-county region in the Eastern Upper Peninsula.

An Introduction to Treating Patients with Buprenorphine

An Introduction to Treating Patients with Buprenorphine

This website is supported by the Health Resources and Services Administration (HRSA) of the U.S. Department of Health and Human Services (HHS) as part of a financial assistance award totaling $1,000,000 funded by HRSA/HHS and 0% percentage funded by nongovernment source(s). The contents are those of the author(s) and do not necessarily represent the official views of, nor an endorsement, by HRSA/HHS, or the U.S. Government.